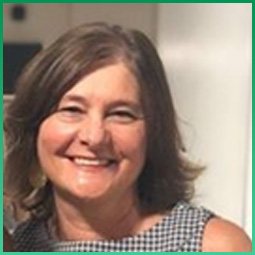 The demographic increase of the elderly population in the world is a reality, whereas that, in 2010,the number of people over 60 years was approximately 600 million, with the projection of almost 2 billion elderly people for 2050 (UN, 2014). This research aimed to understand the reality of the rural areas of the State of Rio Grande do Sul (RS), which has a high number of people aged 60 or over (IBGE, 2018). In2019, the population of RS was approximately 11.3 million and the 60+ represented 18.2%, equivalent to approximately 2 million people (CIGANA, 2019). In 2020, after the declaration of the Covid-19 pandemic, the WHO recommended strict measures such as social distancing to mitigate the spread of the disease, especially to the elderly population, due to the high risk of morbidity. In this way, this group was kept away from all types of socializing. Researchers claim that the psychological effects on people are diverse, many have been affected by insomnia, irritability, nervousness and a feeling of distress. It can even progress to panic attack, anxiety disorder or post-traumatic stress disorder (BROOKS et al., 2020). This exploratory quantitative-qualitative study sought a convenience sample. For the data collection, a form was applied, in the format of an interview, through telephone calls with people aged 60 years or older, of both sexes, in the city of Santa Cruz do Sul. The instrument contained questions about sociodemographic data, lifestyle, autonomy/fragility, comorbidities, medications in use and use/access to health services, difficulties in dealing with routines and social distancing. Among the 600 respondents, it was found that the greatest difficulty reported was dealing with anxiety, insecurity in the face of news broadcast by the media about the coronavirus and the loneliness imposed by social distancing. This research project receives financial support from CNPq.

The teacher has a graduation in Psychology from the University of Vale do Rio dos Sino's (1985), a Master'sdegree in Social and Personality Psychology from the Pontifical Catholic University of Rio Grande do Sul(1993), and a sandwich doctorate in Social Service from the Pontifical Catholic University of Rio Grande do Sul (2008), having studied during 2007 at the Department of Evolutionary Psychology and Education at the University of Barcelona in Spain with a CAPES scholarship. Post-Doctorate in Social Service at PUCRS (2012) with a CNPq scholarship. She is currently a professor of the Psychology Course and of the Master's and Doctoral Program in Regional Development. Teacher and Coordinator of the Professional Master's Degree in Psychology at the University of Santa Cruz do Sul - UNISC since 2019. Leader of the " Study and Research Group on Aging and Citizenship& quote ;. Inept/Sines evaluator. Editor of PSI UNISC Magazine. Town Councilor for the Elderly CMI/SCS. She has experience in the area of ??Social Psychology, with an emphasis on Gerontology, working mainly on the following topics: public policies, collective health, social representations and gender.