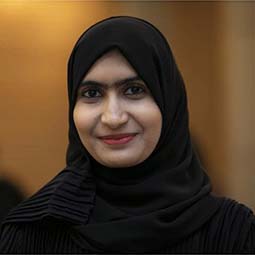 Nomophobia is a newly emerging psychiatric disorder among smartphone users. It describes the anxiety and distress among mobile phone users when they are without a smartphone and are unable to get access to the services and real-time informat The current study aims were to determine the smartphone addiction, social networks addiction and Nomophobia prevalence rates among Omani students. It aims also to investigate the relationship between demographic variables and these three variables. MThe sample of the study consisted of 248 students, 66.1% are females and 33.9% are males. Three data collection tools were used, Smartphone Addiction Scale, Social networking addiction scale and Interactive Electronic Nomophobia Test. The results revealed that the highest prevalence rate among Omani students is of Nomophobia (21.37%) followed by smartphone addiction (10.89%) and then social network addiction (9.68%). Regarding smartphone addiction, there were statistically significant gender differences in "Disregard of harmful consequences" in favour of male students. On the other hands, the results showed that regarding Nomophobia, there were statistically significant gender differences in all the subscales in favour of male students. There were no statistically significant gender differences in social networks addiction. Medium to strong positive relationships were found between social networks addiction and both Nomophobia and smartphone addiction. Regression analyses results indicated that nomophobia can be predicted only by both smartphone addiction (preoccupation dimension) and gender. Problematic use of smartphones among school students has become a serious issue. The findings obtained from this study is believed to have contributed to the existing literature in terms of theoretical bases and have contributed to practical practices.

Marwa Alrajhi, MA, Evaluation and Measurement, is a research assistant in the Student Counselling Centre, Sultan Qaboos University, Oman. She has a bachelor degree in education/ English and a master degree in psychological evaluation and measurement. She is currently a Ph.D student in evaluation and measurement. Her research interest are students' personality, beliefs, family relations, scale construction and validation. She has authored and (co-) authored 25 referred journal articles and she has presented in 32 international conferences. She won two research awards at national and regional levels.