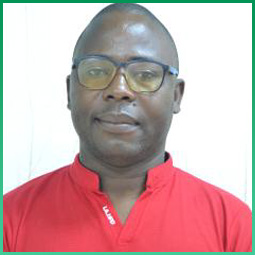 The issue of possible provision of prisoners’ conjugal rights in jurisdictions not yet allowing them, such as Malawi, is still an intricate debate amongst the stakeholders. However, the most important stakeholder in the issue, the prisoner, is usually left out of the discourse. This study analyzed the perceptions of randomly sampled 305 prisoners on conjugal visits at one of the central prisons in Malawi. Both qualitative and quantitative data from prisoners’ perceptions were collected and used concurrently. The key finding was that prisoners (male and female) in Malawi generally had positive perceptions regarding conjugal visits since more than 80% of the respondents (n=305) reported that conjugal visits were good and recommended their possible introduction in Malawi. These incarcerated persons opined that conjugal visits reduced problems of homosexuality, sexual assaults, physical violence in prisons, supporting prisoners’ rehabilitation and reintegration efforts as well as helping prisoners in preserving and establishing family ties. Prisoners also viewed conjugal visits as another way of dealing with the HIV and AIDS problem in Malawi prisons. Though the potential challenge was reported to be its costs, it was opined that the programme was still worthy of introducing. It was therefore concluded that the prisoners’ voice is also valuable in not only conjugal visits discourse but also in all issues related to law and policy that concern them.

Samson Kajawo, 43 years old, is a PhD candidate at University of South Africa, currently holding two master’s degrees and a bachelor’s from University of Malawi and East China Normal University. He has worked in the correctional department in Malawi for 21 years in the posts related to staff training and prisoners’ education. Samson is also a rights champion of people in incarceration. In his current PhD studies, he is generally interested in finding out how incarceration impacts on young offenders’ access to quality education in Malawi’s penitentiary facilities. He has also authored papers related to offenders’ rehabilitation, prisoners’ conjugal rights and visits.