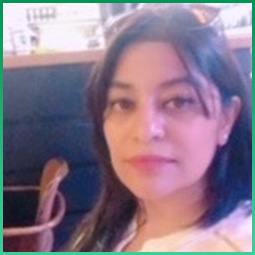 Madness is commonly characterized by bizarre, destructive, or self-harming behaviors. The researchers of the present study argue that many behaviors such as white lies, deceit, sarcasm, cheating, arrogance, and emotional blackmailing that we experience in our daily social interactions, though may not fall under any specific mental disorder as recognized by some internationally acclaimed bodies such as APA or ICD or conceptualized as madness per se but can still be a source of psychological stress, mistrust, strained relationships, and reduced work performance. The present investigation selected vindictive behavior as one of such behaviors. Traditional psychoanalysts have linked vindictive behavior with abnormality, while evolutionary theorists view vengeance as an adaptive response to salvage valuable relationships. McCullough and his colleagues (2001) found that generally people seek retribution, moral justice, or attempt to re-store their self-esteem through vindictive behavior. In the light of this discussion, three independent studies (age range=17 to 63) were carried out to mainly investigate: a) relationship between vindictive behavior and mental health (N=132), b) the role of early childhood experiences, emotional awareness, self-esteem, and experiences of social injuries in the development of tendency to avenge transgressions (N=246), and c) motivations behind vindictiveness and its socio-emotional consequences (N=100) in Pakistani population. The results of the first study suggest a strong correlation between vindictive behavior and low mental health, while the second study indicated that vindictive behavior might be potentiated by negative childhood experiences, low self-esteem and lack of emotional regulation. The findings of the third study showed that though vindictive behavior might adversely affect emotional well-being and social relationships, people are motivated to hurt others as they are hurt by the transgression. It is expected that the results of these studies will be used to plan further investigations to develop psychological mechanisms to inhibit retaliatory responses and enhance conciliatory behaviors.

I have done PhD in Applied Psychology from National Institute of Psychology, Centre of Excellence, Quaid-i-Azam University, Islamabad, Pakistan. With a working experience of nearly 18 years, I have been involved in different activities such as teaching, research, and administration and management. During this time period, I have conducted and organized several training workshops for public and private sector organizations. My research interests revolve around formulating psychological and social models for societal impact. I have a keen interest in examining diverse human behaviors with holistic and all-inclusive approach. I strongly believe that studying certain groups such as religious leaders and their beliefs, normative population with subclinical personality problems, and adolescents’ emotions and their lifestyles will enable us to address real-life challenges and can play a critical role in the development and transformation of a society. Presently I am serving as the Head of the Department of Psychology, NUMS, Pakistan.