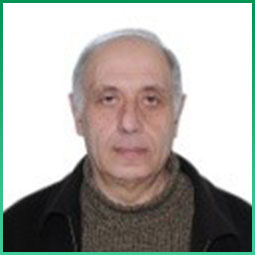 Title: Pathogenesis of Epilepsy and Mental Diseases in the Context of Neurochemical Theories

In the article, in light of the hypothesis about the pathogenesis of epilepsy the author considers certain clinical manifestations of epilepsy, touches upon the neurochemistry of behavior, as well as neurotransmitter hypothesis of schizophrenia. According to the hypothesis, in epileptic patients, epileptogenic substances are permanently accumulating in the brain, which in the course of epileptic activity in the brain undergo metabolic changes requiring their removal from the organism. When the concentration of epileptogenic substances in the brain reaches a threshold value, they cause a seizure, and in lower concentrations, they cause epileptic activity typical for the interictal period. In the context of this hypothesis, there are discussed the clinical signs of epilepsy such as forced normalization, reinforcement epilepsy activity during the sleep deprivation and one of the paradoxical effect of antiepileptic drugs such as phenomenon when antiepilec drugs prescribed cause an improvement of the electroencephalographic image but the clinical deterioration and increasing frequency of seizures, and the change of antiepileptic drugs give us the opposite results: improvement of the clinical picture and the deterioration of the electroencephalographic image. The author suggests names for various types of dissociation between the clinical and electroencephalographic pictures of epilepsy. The mental manifestations of epilepsy and mental illness are considered. The modern principles of epilepsy and mental diseases treatment are discussed.  Forced normalization is considered as one of the manifestations of epilepsy aggravation and “clinical-electroencephalographic dissociation”.  Biological antagonism of schizophrenia and epilepsy, the significance of the blood-brain barrier are considered. In addition to the antiepileptic and antipsychotic system of the brain, the concepts of the borderline and extracerebral antiepileptic and antipsychotic systems are proposed, where the blood-brain barrier is presented as the borderline antiepileptic and antipsychotic system.

Dr. Alexander Kharibegashvili Graduated from Tbilisi State Medical University. He completed clinical residency in epilepsy at the Institute of Clinical and Experimental Neurology of Tbilisi and an internship in electromyography at the Second Moscow State Medical Institute. Works in the Telavi Regional Hospital as a neurologis tand in Iakob Gogebashvili Telavi State University as a Lecturer.