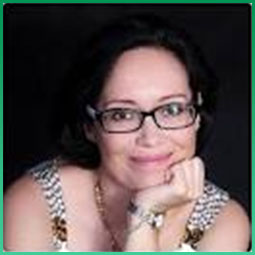 Title: The effects of covid-19 pandemics on mental health of healthcare workers in the kyrgyz republic

Introduction
HCWs experienced difficulties allocating time to seek psychological help, while a culture of shame has made it challenging to communicate with colleagues This study examines mental health consequences among healthcare workers of the Kyrgyz Republic (Kyrgyzstan). It is part of a large-scale international project examining the effects of the pandemic across 40 countries.
Method and participants
Three hundred eighty-six physicians and 539 nurses among 2212 participants took part in the study. Originally designed by Dr. Kostas N. Fountoulakis and his research team, the questionnaire was translated into Russian and Kyrgyz and made accessible via Google Forms. With an average age of 38,09 with SD=14,0, 70% of those surveyed were female, and 27.8% were male. Data were analyzed using IBM-SPSS (version 27.0).
Results
Significant differences (0.001) were found between the anxiety, suicidality, and depression levels among healthcare workers (nurses and doctors) and participants not involved in healthcare. Doctors showed higher levels of depression than nurses and non-healthcare participants.
There were no differences between the level of depression in nurses and non-healthcare
Discussion
The results confirm significant mental health disruptions among Kyrgyz healthcare practitioners. The highest levels of anxiety, suicidality, and depression were revealed among doctors responsible for their patients' survival the most.
Conclusion
These findings highlight the pandemic's impact that significantly and negatively diminished the quality of life of healthcare workers. Therefore, further research is recommended into developing rehabilitation programs.

Elena Molchanova, MD-PhD in psychiatry, currently works as a Professor of Psychology in the Social Science Department at American University in Central Asia and as a scientific adviser of the Kyrgyz Psychiatric Association in Bishkek, Kyrgyzstan. She has extensive training in Clinical and Counselling Psychology and had been involved in numerous international research projects, resulting in more than 80 publications and clinical manuals both for students and specialists in the mental health sphere. Her research interests include psychiatry and clinical psychology, cultural representation of the symptoms of mental disorders in particular, and, recently, the consequences of the globalization of mental health.